You Can’t Get Bitten By A Dog In The Winter, Can You? 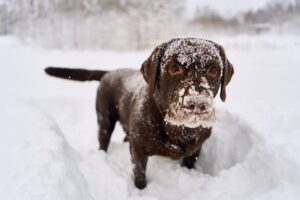 While the spring and summer months are active seasons for encountering dogs, especially non-familiar dogs, the winter months can also be a time when these encounters occur.  It doesn’t matter what season the weather finds itself in, a New Haven dog bite can happen anytime and anywhere.  In the winter, these types of injuries have a tendency to happen inside more often then not, but they can still happen outside as well.

When encountering a dog that you are unfamiliar with you should approach with caution and make sure the owner gives consent before petting or playing with the dog.  You should never surprise a dog by coming up behind her/him.  One other thing you should avoid is playing too aggressively with a dog you just met.  A dog might come up to you with a toy in his mouth wanting you to play with him which may seem harmless, but when he starts to get going it can get more aggressive and turn into anger with you and lead to an injury.

Here are some winter encounters you may have with an unfamiliar dog that you should be on the lookout for:

As a general rule of thumb approaching unfamiliar animals in any capacity is not a good move.  When the owner of the dog gives you permission you should approach slowly and gently so the dog is not aggressive towards you in anyway.  While unfamiliar dogs can be dangerous to humans, unfamiliar humans may be considered dangerous to dogs.  Approach with care and avoid a New Haven dog bite injury.

If you are injured by a dog you should seek medical help and then you may want to speak with an attorney about your injury.  One of our experienced attorneys can help make sure your long-term interests are met.