5 Stats To Remember During The 100 Deadliest Days 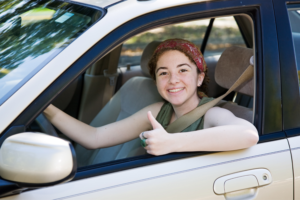 Sadly there is a name for the 100 days of summer that is significant for drivers and that is the 100 Deadliest Days.  The term refers to the period of time that teen drivers on the road more frequently due to being out of school and having the summer off.  With more inexperienced drivers on the road there is a greater likelihood of increased New Haven auto accidents.

Teens are among the highest risk group of drivers to be on the road.  The risk factors that affect this group of drivers are two fold, one they are inexperienced and two they are more likely then their older counterparts to drive fast.  It is with this in mind that it is important for all drivers on the road to understand this time of year as increasingly dangerous and to be on the lookout for drivers who are demonstrating risky behaviors behind the wheel.

The AAA Foundation For Traffic Safety compiles statistics around the 100 Deadliest Days of the year and has shared a number of these stats to encourage safe driving for teens and their parents during the summer months.  These stunning statistics include;

As the summer begins to heat up and more and more teens are getting behind the wheel the risk of a New Haven auto accident may increase.  If you are an older, more experienced driver you should be on the lookout for risky behaviors of drivers of any age and report them to the authorities to help bring an end to this deadly trend.

Drivers of all ages get injured in car crashes and our office can help.  If you need an attorney to review your accident and protect your long-term interests contact our office and one of our experienced attorneys will be in touch.