Connecticut Notches The Title Of 6th Best Drivers In The Nation 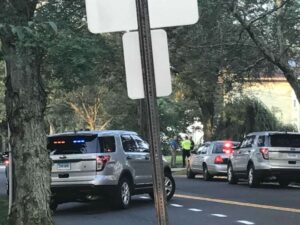 You may be surprised to learn that although we’ve seen many New Haven auto accidents in recent years, the state ranks as having the 6th best drivers in the country.  This is according to a recent study by SmartAsset.

The study looked at the following criteria for how to rank states and whether their drivers were good or bad.

Taking into account these criteria, Connecticut drivers finished as some of the best in the country.  The state was ranked just behind New York, Maine, Vermont, Nebraska, Utah, and Massachusetts.  Of course the big question is, which states have the WORST drivers.  Of course the study looked at that too and concluded that the following states were the top 5 worst drivers in the nation:

This study surprised us and may surprise you too.  Often New England drivers get a bad wrap with the rest of the country, but the fact is, according to this study that New England placed in four of the six best drivers in the country.  Rhode Island and New Hampshire were somewhere in the middle of the pack, but not nearly as bad as drivers from other parts of the country.

Whether you’re one of Connecticut’s best or worst drivers, if you’ve found yourself in a New Haven auto accident, we can help.  Contact our office and one of our experienced attorneys will review your case.