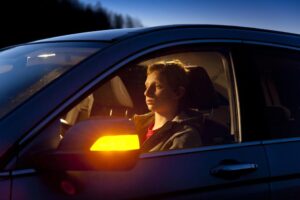 The time between Memorial Day and Labor Day weekend is commonly referred to as the 100 Deadliest Days on the roads of the United States.  This is because it is the time when teen drivers in particular are out on our roads more frequently and are more vulnerable to be involved in an accident.  Sadly, a recent accident involving an 18-year old driver on I-95 in New London serves as a difficult reminder that this is not just some name that was given to this period of time because it was easy to remember, it was given to this time period because it is an incredibly dangerous time for teens to be on the road.

To prevent New Haven auto accidents during this time of the summer it is important for us to take some lessons from the young man who was killed in the crash in New London.

Teen drivers have a higher rate of fatality mainly because they are inexperienced behind the wheel.  While anyone could be susceptible to dangerous behaviors behind the wheel, teens in particular, do not take the same precautions that those over the age of 20 often will take, thus limiting the danger of a New Haven auto accident.

An injury behind the wheel can be serious and there may be a need for you to be represented in your case to insure that your long-term interests are met.  If you feel you need an attorney to review your case, contact our office and one of our experienced attorneys will speak with you.