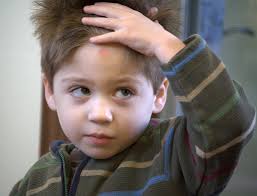 If you or a loved one was recently in a New Haven auto accident, a head concussion (now classified as a traumatic brain injury) could very well be an injury a child has sustained. The signs and symptoms in adults are generally straightforward because an adult can often describe and verbalize what they are feeling and experiencing.

In a child, these signs and symptoms are not always straightforward because children can often not verbalize what they are feeling. According to the Mayo Clinic, non-verbal cues in children are:

If your child was involved in a New Haven auto accident and these symptom are persistent after 1-2 days, follow up with your child’s pediatrician.

If the following symptoms occur after a head injury, seek emergency care immediately:

If you or your child were injured in a motor vehicle accident and suffered from a concussion, the New Haven auto accident attorneys at The LoRicco Law Firm can help you file your claim.