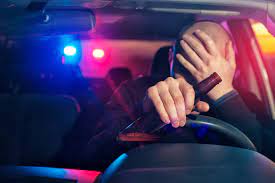 Not to oversell it too much, but the new bi-partisan infrastructure bill that will be signed in the coming days by President Biden passed the U.S. Congress with support from both parties due in large part to the monumental investments in roads, bridges, and broadband that the bill codifies into law.  One provision that is getting less attention though is the part of the bill that requires auto manufacturers to add certain safety features to new vehicles by 2026.

The new law requires that all vehicles sold after 2026 include a passive technology that will help determine whether a driver who gets behind the wheel is intoxicated or not.  The bill does not specify what technology should be used for this purpose, it requires the U.S. Department of Transportation to work with auto manufacturers to determine the best technology for the job.  Currently, with over 10,000 deaths associated with drunk driving in the United States, the landscape is ripe for a solution and this bill aims to require that of auto manufacturers in the very near future.

Some car makers are already including technology in their vehicles that helps detect when a driver is intoxicated.  Both GM and Nissan have led the way on this while other manufacturers are following suit.  Due to this new legislation all manufacturers will need to follow suit by 2026.

The law, while not signed by the President yet, will aim to reduce or eliminate alcohol related auto accident deaths in the next decade.

Other auto safety provision in the law include require manufacturers to provide standard safety features such as lane departure warnings, automatic emergency braking, and rear seat detection standard in all vehicles starting in 2026 as well.  These safety features will be another tool in the belt of those aiming to limit the dangers of a Connecticut auto accident.

If you or a loved one were injured as the result of someone driving under the influence of alcohol you may want to speak to an attorney.  Our experienced attorneys are standing by to help you navigate the sometimes difficult waters of working with an insurance company to make sure you are protected in the long-term.