New Study Finds A Greater Risk Of Injury For Women In An Auto Accident, Here’s Why 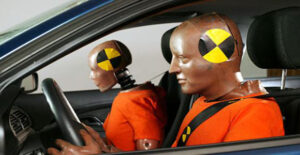 The age old debate rages on, which gender has the better drivers.  Unless science ever finds a way to figure out this answer, we will likely not ever know, BUT a new study revealed who is safer when an accident occurs, men.  New Haven auto accidents happen at just about the same frequency for both women and men, but according to this recent data by the Insurance Institute For Highway Safety (IIHS) it is more likely that women will get seriously injured or face death in a car crash then men.  Why?  The answer may surprise you.

While many will argue about whether their gender is better behind the wheel then the other gender, it turns out that doesn’t much matter.  What does matter?  It turns out that the type of car you drive can make all the difference in the world as to whether or not you will be seriously injured in a car accident or not.  The study reveals that more women are seriously injured in a car crash then men and it found that this has a direct correlation to the size of the vehicle that men and women typically drive.

According to the study, women general drive vehicles that are lighter weight, for example while 20 percent of men drive heavy, pick up trucks, only 5 percent of women drive the same type of vehicle.  The weight of the vehicle often corresponds to the safety of that vehicle.

While the study did not find that this is always the case, it certainly indicated a trend that was troubling and made some recommendations as to how the automobile industry could better serve women and keep them safer.  The most obvious recommendation that researchers are making is that crash test dummies used in automobile safety tests should be better reflective of the overall population and should include more female drivers then are currently used in tests.

It doesn’t matter if you are a woman or a man, if you are injured in a New Haven auto accident you should be protected and have your long term interests accounted for.  One of our attorneys will do just that if you feel you need representation.  Contact our office immediately.