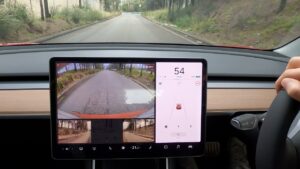 The largest electric vehicle (EV) manufacturer in the United States has issued a recall of nearly 500,000 of it’s cars which were manufactured between 2017-2020 according to the company.  The recall is in response to a danger that the vehicles may experience higher then usual incidents of auto accidents.  While no accidents have been reported to date, the company has issued the recall over concerns that accidents may occur in the future.

According to the NHTSA, on the Model 3, “the rearview camera cable harness may be damaged by the opening and closing of the trunk lid, preventing the rearview camera image from displaying.”  The issue with the Model S, according to the report provided by Tesla to the NHTSA is that the front hood latch may make it more likely that the hood will come unlatched “without warning and obstruct the driver’s visibility, increasing the risk of a crash.”

There have been no New Haven auto accidents reported due to these mechanical issues with the Tesla vehicles, nor has the company reported any actual incidents of accident or injury due to these failures, so the company is taking these actions out of an abundance of caution so as to avoid an accident in the coming months.

Whether you drive a Tesla or any other vehicle that has been involved in a recent recall it is important to know what the recall is and how to get it repaired on your vehicle.  The NHTSA has setup a tool that you can use here.  If you resolve the issue and still are involved in an accident you may need to seek the help of an attorney to review your case.  Contact our office and one of our experienced attorneys will be there to guide you through the claims process.